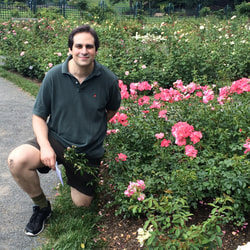 Jonathan Leaf is a playwright, novelist, journalist and historian. His drama "Pushkin" was selected as one of the four best plays of 2018 by The Wall Street Journal. His comedy-drama "The Germans In Paris" was the highest-rated play by audience-survey on the Theatermania website of all the shows in New York during the course of its run. An independent survey also showed his play "Sexual Healing" was one of the highest-rated plays among New York audiences. His 2018 documentary play "The $18 Billion Prize," co-written with Phelim McAleer, was a San Francisco Chronicle critics' pick.

Jonathan has been nominated in the Innovative Theater (IT) Awards for Best Play of the Year for "The Caterers" and has received rave reviews for his work in The New Yorker, The Wall Street Journal, The New York Daily News, The New Criterion, BroadwayWorld, Show Business Weekly, National Review and many other publications.

His debut novel City of Angles will be published by Simon and Schuster on March 7, 2023, and it is available for pre-order.

As a journalist and critic, his writing has been featured in National Review, The Daily Beast, Spectator USA, Tablet, Mosaic, The New York Post, New York Press, City Journal, Humanities, The Weekly Standard, Modern Age, First Things, The American, The American Conservative, The New York Sun and many other publications.